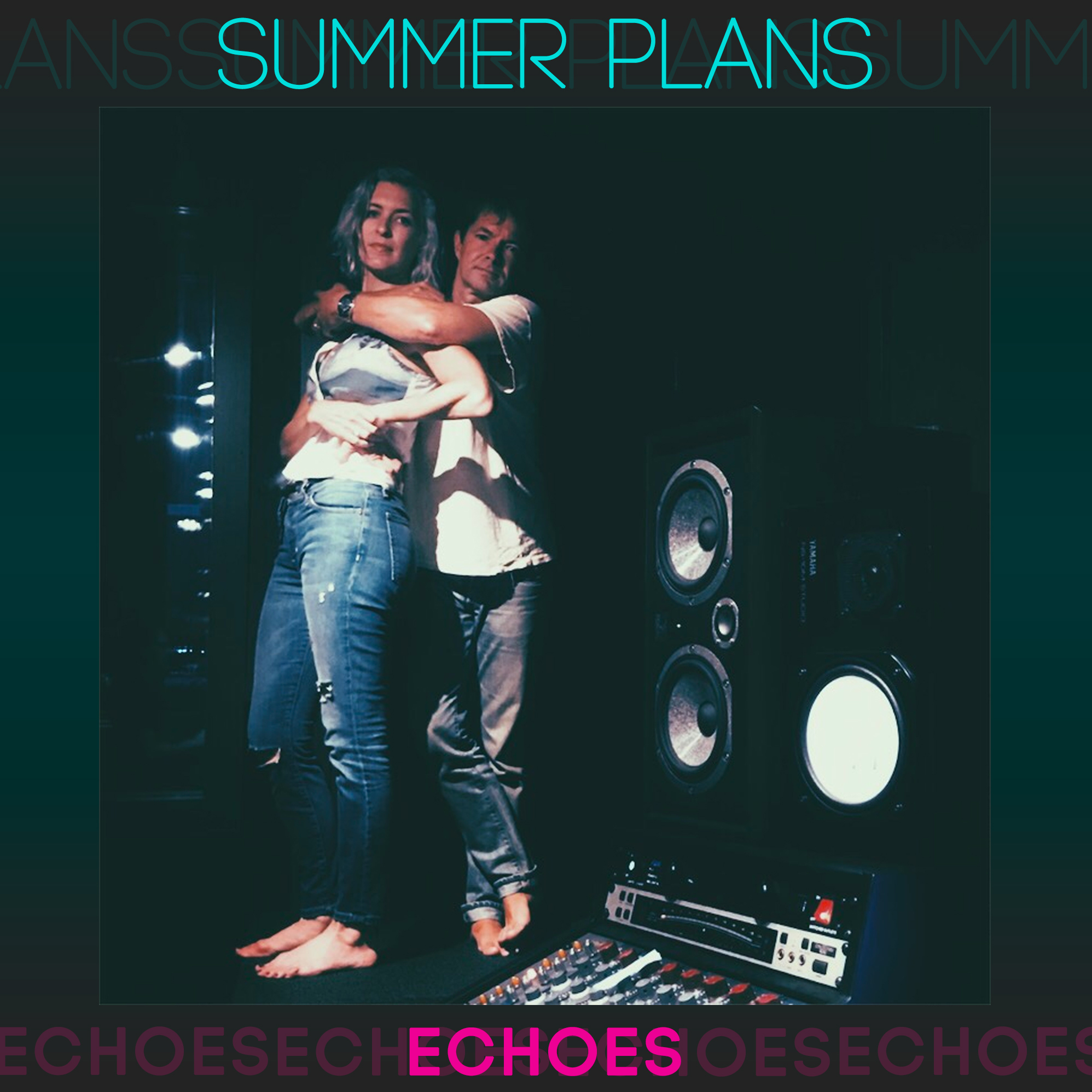 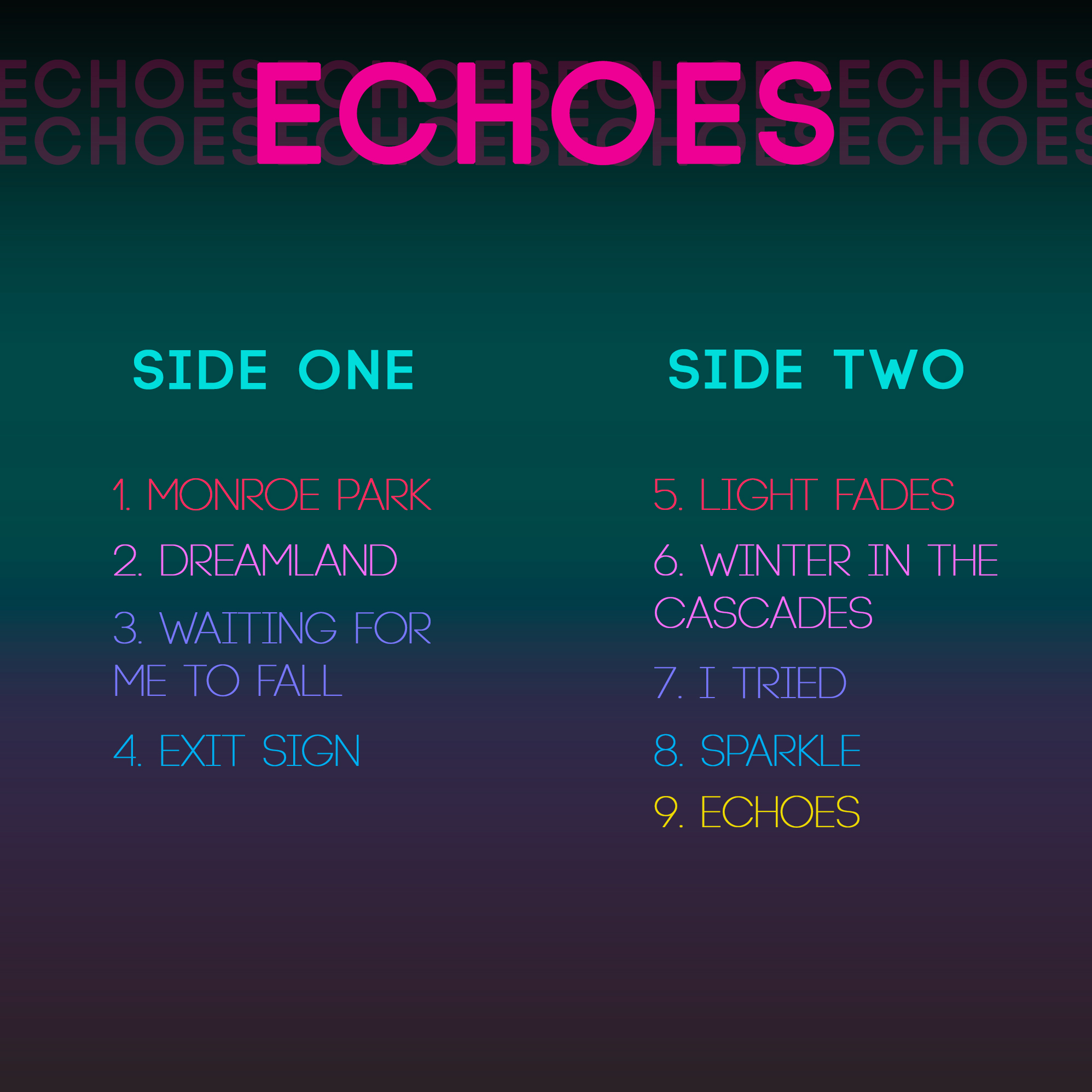 Echoes was written in Los Angeles, California; Richmond, Virginia; and Nashville, Tennessee. It was produced and mixed by Tim Brennan at Gold Sky Music, and recorded by Tim Brennan at Sienna Studios in Nashville. Mastering was provided by Alex McCollough at True East Mastering. Album art photos by Kayce McGehee and A.M. Radcliff (@photos.rva).

Summer Plans would like to thank Tim Brennan and Kayce Laine of Gold Sky Music for their creative vision and general chill good nature.  Special thanks to Bruce Bouton for showing up one Monday morning and blowing everyone away.  Thanks to the City of Nashville, which is an amazing place to record, even in the dead of summer when you can’t breathe. We would also like to thank Carrie Simons and Triple 7 PR for organizing and supporting us and giving us so much love and attention.

JG Kemper:  I would like to dedicate Echoes to the memory of Alex Taylor, who embodied everything I came to California to find, and to everyone I know who risked everything to move far away from home: these songs were written for you.

Kara Lorraine: Thanks to Shane for suggesting that we quit our jobs and buy one way tickets to an adventure that led us to the Golden State & its golden light. Thanks to Meredith and JG for providing me with a sense of home in a vast new city. And finally thanks to my dearly departed grandfather, Harry Blevins, who made me believe I could do anything if I set up the right plans.